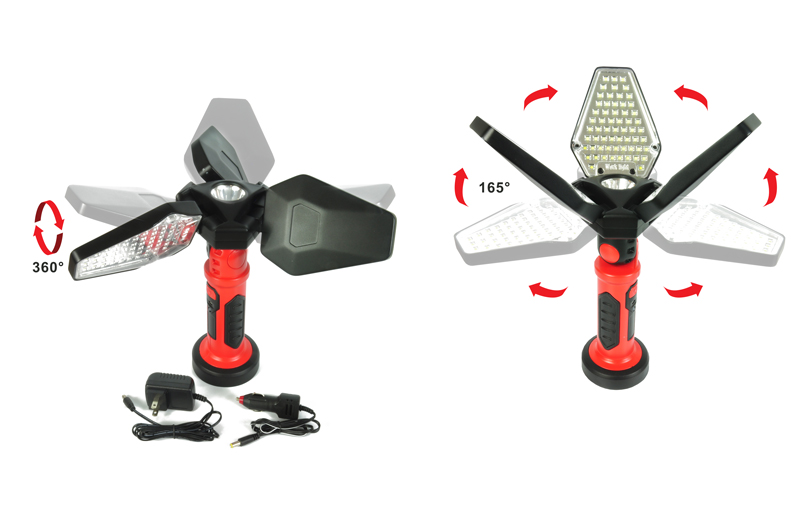 Blader was designed in 2015 thinking on photographers as a constant LED light source.
At the beginning it was supposed to have a wireless speaker base and a triangle shape stem separated in two sections in the middle area. Everything to be sold as a set of lighting and audio combined in a floor/table lamp. This way the lamp could be charged and have a functional application while not in use. 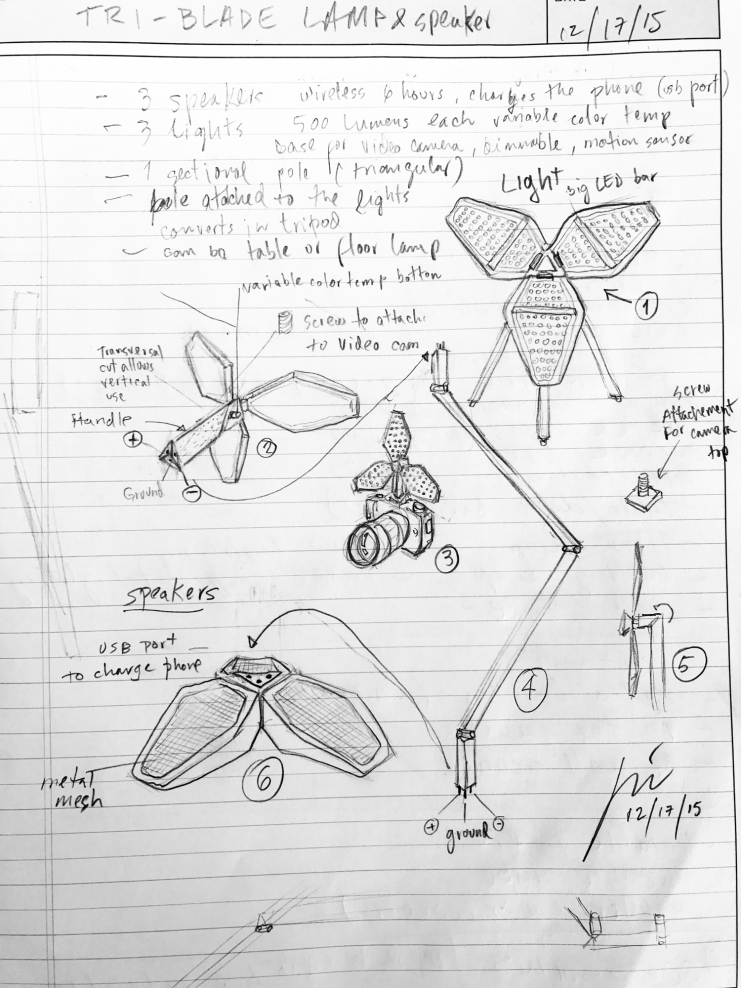 A third line drawing shows a more simple prototype that works as an independent fixture and can be used on a regular tripod, a “C” type clamp or a suction cup.

Blader is equipped with a powerful lithium-ion battery capable to produce 1000 Lumens for 3.5 h. Dimmer and motion sensor are not its only features. This multi functional lamp attaches to virtual anything with magnets, a hook and a universal screw for camera and tripod applications. The color temperature can be changed from 3000K to 5000K. 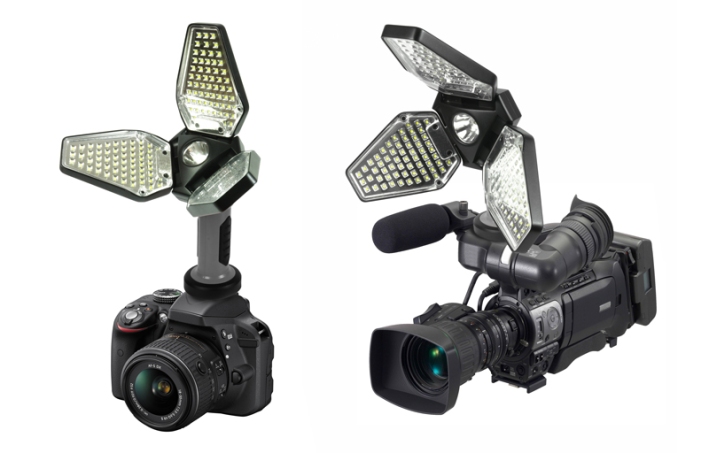 This lamp can be used inside the house as a floor lamp with a tripod or a table lamp. The three blades turn on independently allowing multiple uses. It has a center LED that acts as a flash light narrow beam angle and the 3 blades can be pointed to the same spot creating a wider light beam.

What really makes this flash light so versatile is the fact you can rotate any blade 360° in the X axle and 165° in the Y axle to illuminate different spots with just one light at the same time. This makes it suitable for outdoor, camping, mechanics, photographers and for indoor use at home as a regular table or floor lamp. AC charger and a car charger are included in the package.